Inga Schibsted 17 Nov, '21
Founded in 2007, Huttie Group is a Mechanical and Electrical (M&E) company that provides their expertise to commercial and domestic customers in London and in the East of England. They cover everything from servicing and repairs, to new installation and replacement and their specialists apply a forward-thinking approach to ensure long-lasting quality.

Huttie’s large client base is diverse and consists of both domestic and commercial customers. They don’t have a dedicated credit controller and their entire finance team have been manually chasing unpaid invoices. As they realised that it was both too time-consuming and costly to continue to do this every month, they decided to automate their processes. After doing some research, they found and implemented Chaser, one of Xero’s top-rated partners and saw immediate results. Automating their credit control process and sending weekly payment reminders to their customers freed up the majority of the time they had previously spent chasing unpaid invoices, and most of their outstanding invoices got paid using Chaser’s software. But, not all of them.

Huttie noticed that some of their customers were ignoring their payment reminder emails and that the invoices got increasingly overdue which negatively affected their cash flow and cash flow forecasting. However, as they didn't have a dedicated credit controller they struggled to find the time to phone these customers to get the invoices paid. They had previously used Money Claim and Thomas Higgins to send out solicitor letters which they paid for in advance but realised that going straight from sending emails to legal letters did not give them the results they wanted, and they often had customers coming back saying that they would have paid if someone had rung them up.

That’s when they decided to try Chaser Collections.

Chaser Collection is Chaser’s friendly, no-win, no-fee debt collection service that gets your most difficult invoices paid, whilst maintaining those important customer relationships you have spent time and effort building up. Chaser' debt collectors use different means to get in contact with the bad debtors, such as email, phone calls and letters.

As all previous communication between Huttie and their customers were stored in the Chaser software, as well as the invoice details and contact information, Chaser’s debt collectors had all the information they needed to successfully collect Huttie’s unpaid invoices without having to go through a lengthy handover process.

“Of all the invoices we have put through to Chaser Collections, more than 90% have received a response, and more than 80% of the invoices have already been paid” - Tom Hays, Head of Finance, Huttie Group

These great results did come at the expense of customer relationships, and with many recurring customers, both commercial and domestic it was important for Tom and the rest of the finance team that their customers were treated well and the communication and dialogue represented them as a business.

“We have never had a complaint from a customer since using Chaser Collections, everything is out in the open and handled very nicely, and the emails sent from the debt collectors look like something we could write ourselves” - Tom Hays, Head of Finance

Using Chaser Collections to help recover bad debt has been an instant success for Huttie’s finance team and they have to this date recovered overdue invoices worth over £15,000. With Chaser’s debt collectors reaching out to their bad payers, Huttie has now had responses and payments from customers who previously ignored them for months, ensuring that their cash-flow forecasting is correct and they can budget accurately.

You can read the full case study here to learn more about how Chaser Collections was a game-changer for Huttie.

Chasing invoices can be awkward and time-consuming

But it doesn't have to be 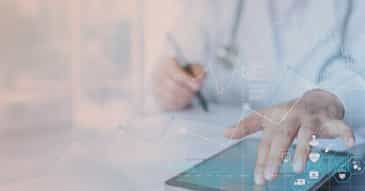 How often do your customers have an outstanding payment or pay their invoices late Or if you’re... 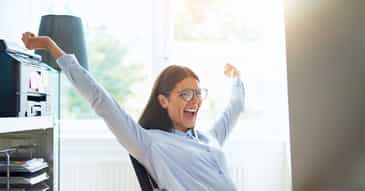